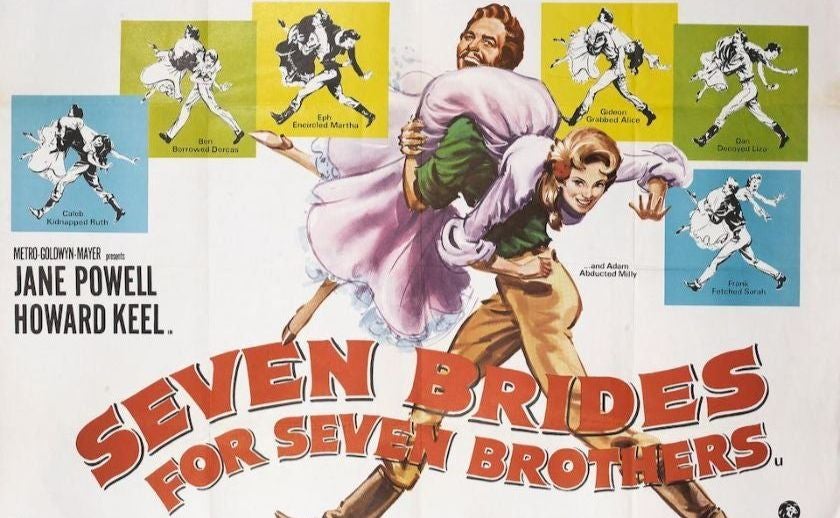 SINGIN'! DANCIN'! ROMANCIN'! Seven Brides for Seven Brothers is one of the all time classic musical comedies.

In 1850 Oregon, a backwoodsman leaves his farm to find a wife in the city. As they return to the farm a married couple, the bride discovers his six brothers living in the same cabin. All six brothers see their brother with his wife and are set on finding their own wives.