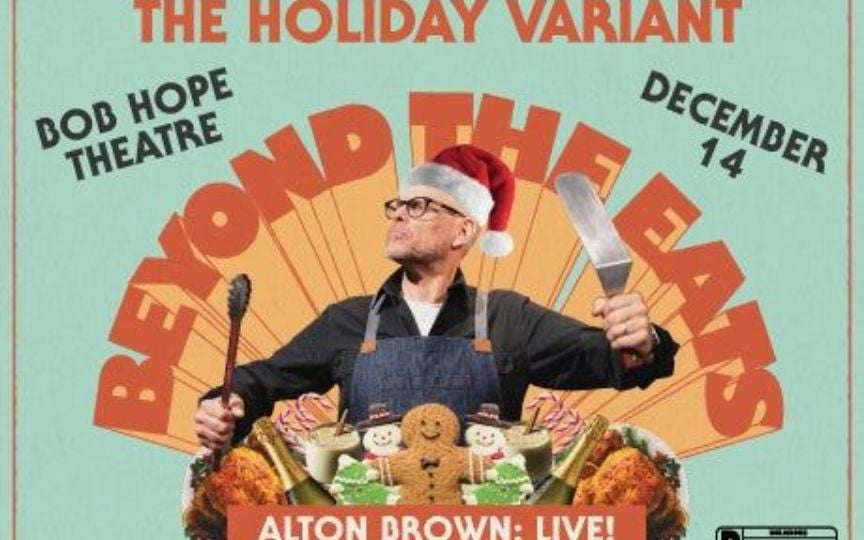 ALTON BROWN LIVE: BEYOND THE EATS THE HOLIDAY VARIANT

ALTON BROWN LIVE:  BEYOND THE EATS

Television personality, author, Food Network and Netflix star Alton Brown will be heading out on his Alton Brown Live: Beyond The Eats – The Holiday Variant tour this holiday season.  He is the host of Top 10 new Netflix Iron Chef reboot “Iron Chef: Quest for an Iron Legend.”  Brown says fans can expect “more cooking, more comedy, more music, and more potentially dangerous science stuff with a sprinkle of seasonal spices. Plus, you’ll see things I’ve never been allowed to do on TV.” Critics and fans have raved about the interactive components of Brown’s shows. He warns, “Prepare for an evening unlike any other and if I call for volunteers…think twice.”