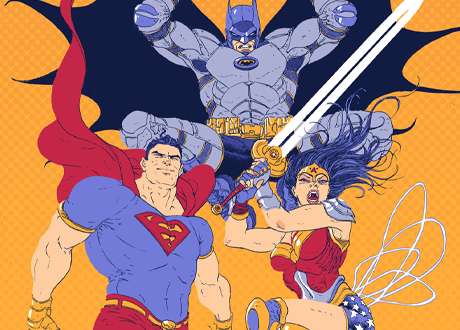 Stockton, Calif. - StocktonCon, presented by Utility Telecom, celebrates its eighth year in 2019! This year’s event is coming up on August 3-4, 2019 (Saturday and Sunday) at Stockton Arena. The action in the Arena goes from 10am-5pm both days.

Two-Day Passes for StocktonCon are available at a special pre-sale price of just $20, while One-Day passes are available for $15. Tickets are $25 for a Two-Day Pass at the door, and $20 for a One-Day Pass at the door. Tickets will be available at over 30 ticket sales locations around Northern California in the upcoming days. You can find when your nearest location will have tickets and purchase tickets online at http://stocktoncon.com/tickets. Pre-sale prices end on Friday, August 2nd.

Overwhelming fan support helped StocktonCon move from a one-day event at University of the Pacific in 2012, to one of the top pop culture events on the West Coast, bringing thousands of fans to Stockton Arena each year.

Amazing comic creators like Nick Dragotta (East of West, Fantastic Four), Scott Koblish (Deadpool), Dan Brereton (Batman, Nocturnals), Justin Greenwood (Stumptown, The Last Siege) and Stockton’s own Ramon Villalobos (Nighthawk, WildCATs) are a few of this year’s special guests. Wrestling Legend Kurt Angle (Saturday Only) and John Glover (Smallville, Shazam) will be headlining guests, along with amazing voice actors George Newbern (Justice League, Scandal) and Susan Eisenberg (Justice League, Wonder Woman). Power Rangers Austin St. John and Nakia Burrise will also be on the Fun Deck. Nakia, who is from Stockton, will be making her first appearance at StocktonCon! Many more guests will be announced in the coming weeks!

There will also some other outstanding events in addition to the fun at Stockton Arena. The StocktonCon Costume Contest will once again take place on Saturday (Aug. 3) at 5pm. The Geek Fashion Show will return after three successful years and will highlight Sunday programming, followed by the StocktonCon Kids Costume Contest. Pro Wrestling Bushido also returns with squared circle action on both days outside the main entrance to the Arena.

A portion of the proceeds from StocktonCon go directly to United Way and other local charities.

More information on the 2019 event is available at http://stocktoncon.com/ and http://facebook.com/stocktoncon.

Children under 12 are free with a paying adult